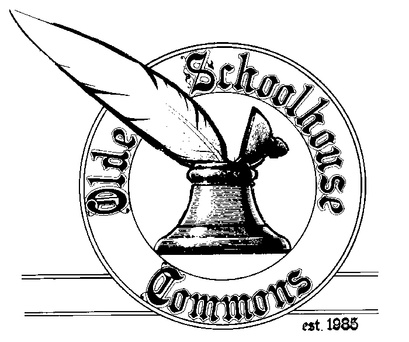 The building at Monroe and Secor Roads in Bedford Township is actually the second school to occupy this site.  A two story brick building was first constructed here in the 1890's but was destroyed in 1920.

The present building, Lambertville High School, was constructed in 1922, in 1936 the gymnasium was added.  The school housed first through twelfth grades from 1922 until 1946.  After 1946, various grades were held there until 1972.

The last occupant of the building was the Bedford School Administration, which used the classrooms as offices from the fall of 1972 until July 1982.

The building remained vacant from 1982 through 1985.  In the spring of 1986, the former school building, renamed "Olde Schoolhouse Commons," was renovated to accommodate specialty shops, business space and a restaurant.